I never expected to see a film which featured a world without The Beatles. In what is a fairly quirky concept, one mediocre guy named Jack who dreams of doing more with his music gets hit by a bus during an international blackout. He wakes up to find that no-one else can remember The Beatles and decides that the world still needs to hear their music.

The characters were pretty fun. Jack’s friend Rocky definitely had to be my favourite (in terms of sitting there in the cinema going ‘oh no, I know someone exactly like that but a bit more functional thank god’) and Jack’s manager just wants to purchase her second beach house with the profits she’ll make off of Jack – so I appreciate her and her pushiness. 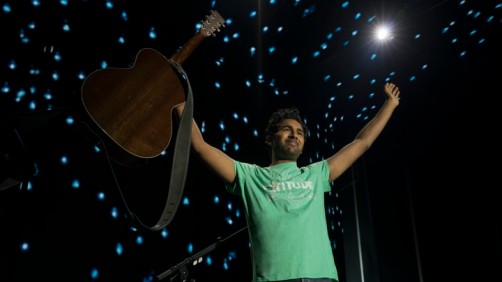 The other characters’ support of Jack’s music career varied too, which added a sense of realism to an otherwise peculiar storyline. Jack’s parents didn’t really appreciate his music that much while his friends were continuously supportive, with Ellie being overly so. How blind Jack had to be to not realise Ellie just might have been interested in him, or for her to make a move for 10+ years is beyond me. I get the whole ‘childhood friends crushing on each other later in life are too scared to tell each other how they feel,’ but this was definitely a stretch. Luckily, how likeable the characters are does help make up for this.

I like the general aesthetic too of the film. Or maybe I just have a bias for England. Who knows?

“And how was Ed Sheeran in Yesterday?” I hear you ask.
“He’s great,” I respond, glaring at you. “How dare you assume he isn’t great at anything he does.”
“Oh okay, great to know,” You gulp, feeling just slightly threatened by the fact that you’re standing closer to the cliff edge than me. 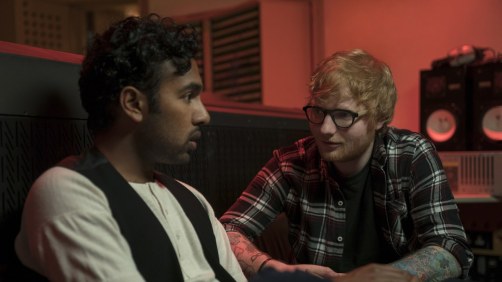 I’m not a massive Beatles fan either I must admit. I obviously like them. But I could only name probably five songs of theirs and just rely on everyone around me to tell me when I’m listening to a Beatles song the rest of the time. Yesterday definitely highlighted some amazing songs to me that The Beatles wrote that I was previously unaware of.

The film is also continuously is exploring the idea of talent. Talent in singing, song-writing and the music industry. It really highlights the difference between talent singing their own songs that they have a deep emotional connection to, and a person singing other people’s songs and not having that talent in song-writing that they wish they could have.

I thought it was interesting to end the film too on having the world stay as it is after the blackout. It saves the writers from explaining what exactly happened and leaves a bit of mystery to the world. If anything, I think it would have been worse to explain what happened. It would detract from the film’s concepts and characters and shift the focus to the believability behind the story world. I think it’s good to leave the blackout incident unexplained too, because there’s just some things in life that can’t be explained.

Like Jack, the film is sweet and charming. It’s just lacking that something to make it really special.